Can you think of someone who would enjoy this? Please share! Thank you….

Hi everyone, welcome back to episode number 3 of this three part series where we are looking at a townhouse fix and flip that we did in Barrie, ON.

So let’s jump right in and see how we did. So these are the three things that we are going to cover in this episode, the before, the budget and the profit.

Lets start with the before, just want to get in here and give you guys a quick idea of what it looked like before if you want to see the full episode, the link is down below in the show notes, you will see the link for episodes one and two. But number one will show you the full walk through where you can see the condition before we started the reno. Just wanted to give you guys in case you missed it, a general idea of what it looked like before, it wasn’t horrible, we had previously renovated the bathroom and the kitchen, with the exception of the floors in the bathroom and the floors in the kitchen, but, the major components were already done, so that was a big part of the budget that we didn’t have to allot for. But still kind of rough shape, we had tenants in there and they were not clean. Lot’s of cosmetic work. Based on that and just the as is value, again, maybe with a vacuum.

The before reno we established a value around $265,000. This was done from looking at several different comps as you can see here, we had quite a few to choose from within the past year and these all range from anywhere from $250,000, all the way up to around $290,000. We were somewhere right in the middle. And that’s how we came up with the before value. So that’s the before.

Let’s look at the budget, when we started this out, went into it with a reno budget of $14,000. And…. let’s see how we actually did. The actual, as you can see here, full transparency on all this stuff, but our actual cost, all in, was $11,855.60, see right down to the cent! This is full transparency so you can see everything that went into this reno. Under budget! That was awesome. Part of the reason it was under budget was that moving into this, I had anticipated doing, sorry, I anticipated not doing as much of the work, so I was thinking I would sub out the flooring, maybe some of the trim stuff, but it turned out that I just ended up doing it and I obviously saved tremendously on the labor. This cost is mostly materials and does not account for my actual labor. So there we go on the budget, now everyone wants to know, the profit, or if we did make one. So let’s kind of go and see. the estimated post reno list price was $299,900. I think from those comps and just some ones that even earlier that I didn’t show on this video, I had thought that maybe the max selling price would be $320,000. Somewhere in there, I thought that it would be very difficult to get there so I was aiming for just shy of $300,000. So lets have a quick look at how it turned out, again this is available on episode two, you can see the before and after but just for those that maybe missed that, here is a quick idea of what it looked like after. I think it turned out great. So let’s move on…

The one other thing that I wanted to touch on before we get to what we actually did list the townhouse for, the timeline. Going into it, it’s kind of funny actually looking back on this now, I originally allotted 5 to 6 weeks, and again, I think part of me was thinking that we would sub out some of the stuff so that it would move along a little bit quicker, but even doing that, 5 to 6 weeks just wasn’t going to happen. So that was learned along the way, but because I did most of the work it ended up taking 14 weeks. Quite a bit longer, but, i guess the reason I am telling this, is because originally I had anticipated listing in mid October, during the height of the fall market, where there is the most buyers out, that’s what I was planning for, hoping to, but because of the extended timeline we ended up listing in the very beginning of December. So late November, early December. Not as many buyers in the market, the market typically slows down, so I was a little bit worried about that. That made me think, ok, I better list this a little bit higher. Our post reno list price ended up being $314,000. Not to mention that I really thought it turned out well. I was really excited to bring it to market.

Here is an idea of what the first day on market looked like. It was crazy! 8am we listed on the MLS. By 10:30 we already had three showings booked. 4:30 we had multiple offers. Accepted a conditional offer by 6pm. That’s all on day one. Couldn’t believe it, almost too good to be true, was it too good to be true? So as you can see, that’s a mutual release form, we had to sign one of those, buyer wasn’t able to get financing so that deal died right there. So, off and back on market.

We listed it again and the timeline of what our day one looked like, listed it early again by 8am, by 1:30pm we had 4 showings booked. 6:30 we had multiple offers and 8:30 we accepted another conditional offer. And this time, sold! and to boot, Over Asking! We just did tremendous, super excited. Just touch on a quick recap here for everybody so you can see, pre-reno value, $265,000. Our all in reno budget or cost actually came in at $11,855. We sold over our asking price of $314,000. Giving us a profit of…….. Over $37,145, because we sold over the asking price.

So, all and all I would say that was a very successful flip and I was happy to be able to share that with you all. As we move forward here, time to find another investment. Thanks for watching. See you on the next video. 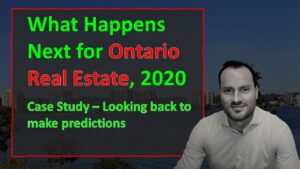 Ontario real estate is on fire. Prices are rapidly appreciating, creating similar market conditions to what was experienced by south Ontarian’s in 2017. In this 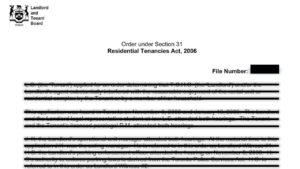 Ontario Landlords – Can We Now Enforce an Eviction in Ontario?

The End of the Eviction Restriction in Ontario, August 1st, 2020. On July 6, the Superior Court of Justice order that had suspended all residential 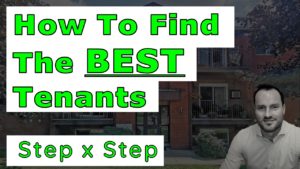 In this video I discuss the 7 step process we use to rent out, find and pick the best quality tenants. This step by step 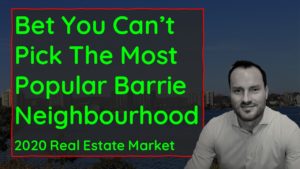 Bet You Cannot Pick The Most Popular Neighbourhood in Barrie…. In this video we are going to look at the city of Barrie real estate 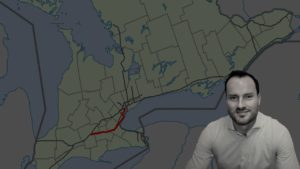 5 Reasons Why I Would Not Buy A House In The Barrie Area Right Now, Unless….

It’s May, we are still amongst a health pandemic that has sent our economy into a state of shock. I mean, there is no other 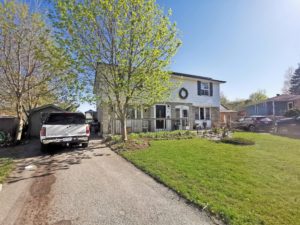 27 Daphne Cres is a registered duplex in the north end of Barrie. Amazing location! Sandwiched right between Bayfield St and North Barrie Crossing (the